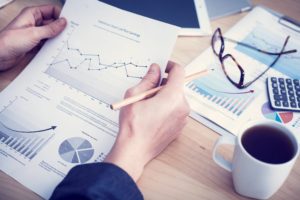 In a recent report, creditcards.com found that interest rates on new credit cards offers are the lowest they have been in the past 5 months. The current 15 percent interest rate has fallen from its  two week streak of 15.09 percent. Credit card companies have also shown more leniency towards borrowers by giving them a second chance to to receiving larger credit limits, despite their credit pasts.

Late payments on credit cards have also decreased in recent years. This particular consumer trend is due to a widespread knowledge of understanding the consequences bad credit can have on your future, as well as stricter regulations on who is able to apply for a credit card. In addition to these changes, credit card companies have also developed scoring methods that can indicate which customers will have delayed payments, and which ones will pay on time.

The improvement of our economy is another factor of why consumers are now applying for more credit cards and consciously trying to improve their credit. Despite the willingness to purchase more big ticket items, the fear of acquiring additional debt is still present among Americans. As of late September 2014, total debt went up to 1.30 trillion dollars, including car loans, mortgage, and student loans. These statistics show that debt is present among diverse collective of age groups and communities.

The increase in debt has a positive correlation with the amount of credit cards that were opened this year. Since January 1st, the Federal Reserve’s reported a $ 22 billion increase in credit card balances across the board. The future of credit  cards depends on a few factors, starting from fluctuations in our economy, the uncertainty of the job market as well as constantly increasing college tuitions. In turn, this will prompt credit card companies to respond accordingly by changing interest rates and raining credit card limits.